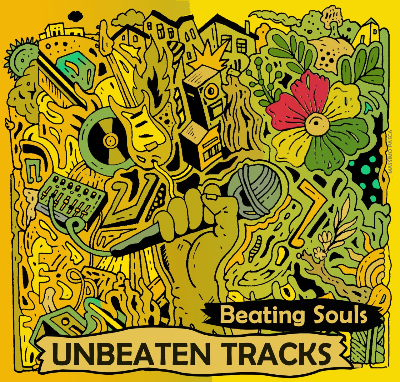 Out the first EP “Unbeatern Tracks” of Beating Souls that collects the first songs published and includes the new single featuring Moris Pradella, singer and multi-instrumentalist graduated from the conservatory of Mantua with collaborations in the world of jazz such as Paolo Fresu, Roberto Gatto, Mario Biondi and Quintorigo and in the italian mainstream as Marco Mengoni and Gianni Morandi.

A “duet” between Madam Madness (personified by Leila, voice of the beating souls) and her human enemies, represented by Moris Pradella, who want free themself from it.
We waste a lot of energy trying to stay away from madness instead of trying to accept it and live with it. We should maintain a bit of healthy madness, which stimulates our artistic side and makes us create a better world, it can only hurts us if we don’t understand that we can exploit it.

Let’s not treat it as an annoying buzz in the head to be eliminated at any cost. We have to transform that buzz into our inner music and draw inspiration from it to create art and beauty.

A tune that moves between rub-a-dub and roots-one-drop in a continuous dialogue between Leila’s sweet voice and the soulful contribution of Moris Pradella’s timbre.
SPOTIFY & DIGITAL STORES