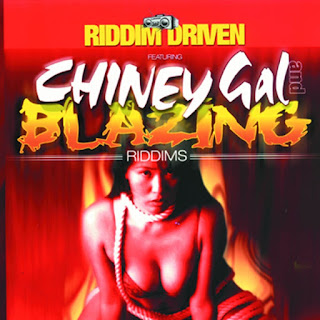 The first riddim, “Chiney Gal,” was produced by Cordel “Scatta” Burrell, in collaboration with Cecile Charlton. It is a decent Dancehall riddim, which has a supposedly asian vibe when the xylophone-like synth is played. But that xylophone-like synth kind of sound out of place. Therefore, it is not the best riddim on the compilation.

It includes the track “Counteract,” on which Beenie Man answers to Ce’cile who called him “weak” in her song “Changes” — the first track on the compilation. The riddim also features Tanya Stephens, Mr Vegas, Madd Anju and more.

The second riddim, “Blazing,” was produced Norman “Bulpus” Bryan. I personally have a preference for this riddim. It sounds a little more harmonious to me, somehow. It has that authentic 2000’s vibe and features Capleton, Sizzla, Elephant Man, Jah Mason and more.

The VP Records‘ “Riddim Driven” series includes more than a 100 riddims. It’s a must-have in your Dancehall collection. So make sure you get this issue if you don’t have it yet. Do not hesitate to leave a comment below. Let us know what you think of this compilation.