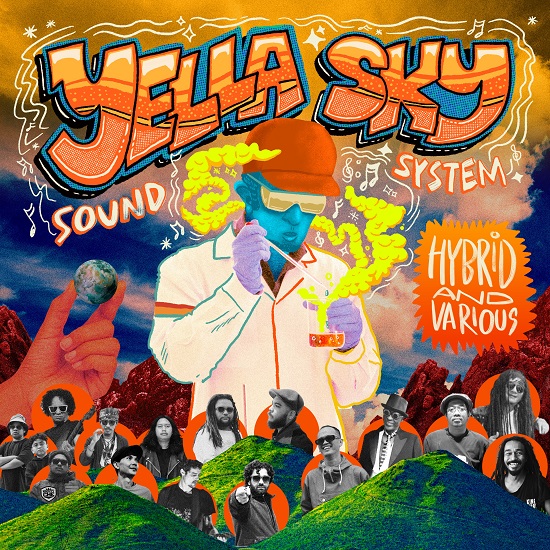 After the release of “Signal From East” with Radit Echoman, Bean Lamen and JC Junior, the dub unit of sound system culture from Jakarta – Indonesia, Yella Sky Sound System, finally released its sophomore album, “Hybrid And Various” on June 1st, 2022 in various DSPs.

All arrangements are mixed and mastered through Echolabs. The artwork itself was done by KINGMAD and the animation was directed by Iqbal Surya Perdana.