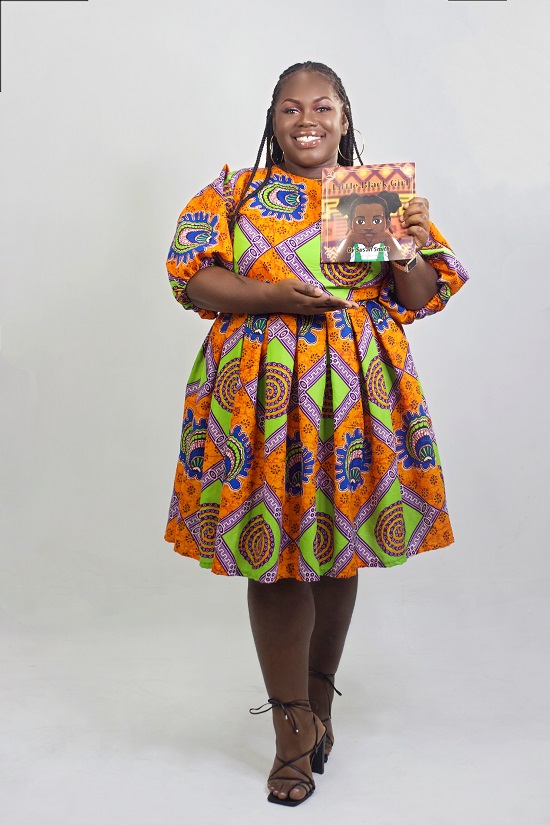 Already a wearer of many hats, publicist Susan Smith is now stepping into a new world, officially debuting as an author with the release of her first book, “Little Black Girl.” The story’s main character is 5 year old Kayra-Rose, named after Susan’s own infant daughter.

“The book is about self-love and instilling confidence in children of colour because I see confidence as something lacking in a lot of young girls and I want to see them grow up to be confident women,” Susan highlighted.

Having experienced several instances of colourism while growing up, Susan decided to channel the emotions she felt into something that would uplift others who are or have been in similar situations. While the story itself was completed in less than an hour, the process of getting the book to its final stage was a three year journey.

“I started the book in 2019 but I had some challenges and had to delay. However, being a new mom and raising my daughter has been an incredible journey and this is one of the many factors that inspired me to keep going until this book was released,” she stated.

As a publicist, TV producer, consultant and booking agent, the CEO of Powerhouse Global Media has steadily built a solid reputation for herself within the entertainment industry over the years and has now taken the plunge into writing – something that she has always wanted to do. Currently in the process of completing her second book, the journey for Susan Smith the author promises to be a long and fruitful one.

“In a few years, I see myself becoming a well-known children’s author. By then, I will have quite a few books out and maybe even win a Pulitzer prize,” she stated, also planning to expand her business and role as a publicist.

The book has been available for purchase on Amazon since April 9 and can also be purchased at Bookophilia in Kingston, where the book’s official launch was held on May 21. With a full house of family, friends and media personnel in attendance, the new author shared her journey and even treated the audience to a live reading. The event was closed out with a performance by upcoming child star Lil Kish, followed by a book signing.

“I want this book to connect with young girls right across the world . This is a passion of mine and I am so happy to be fulfilling this passion. I want every little girl to know that they are absolutely phenomenal,” she expressed.