Landon McNamara Contemplates Life On New Single “If You Only Knew” 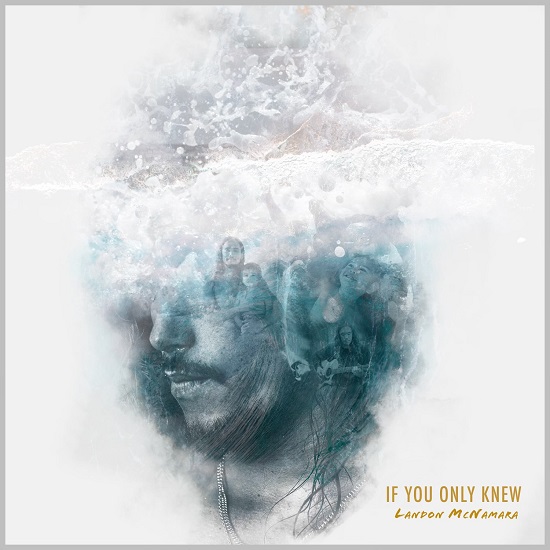 Hawaii based, singer songwriter, Landon McNamara is proud to present his newest single “If You Only Knew.” Out now on Controlled Substance Sound Labs / Silverback Music, the song shines a light on a life lived and asks: “If you were to die tomorrow, what would you do today? When you take that last breath, would you feel content on how your time was spent?”

With profound lyricism, the song is carried by melancholy tinged island reggae and soulful harmonies. Reflecting on the song, Landon recalls, “At the moment I made the song, my drummer and good friend Kimo ( who also produced this song)… He had just left from visiting his father who had been in the hospital just before he passed away and he shared what he was going through, it filled me with the feelings that this song was born from.”

He continues, “I think a lot of us including myself get blinded by a lot of bullshit that we think is so important, but at the end of it all, what really matters? If you only knew it was all bullshit before it was too late and you’re at death’s door, I guess that’s what I’m tryna have people think about, figure it out and go for it while you still can. Love conquers all,” comments Landon.

“If you Only Knew” marks the first song that Landon and his band wrote, composed, and recorded at their home studio. He says, “It was also very special that it was produced by Kimo and the song was inspired by him, Kimo’s family to me and I believe he has potential to be a super great producer, which he already is in my eyes,” he continues, “Feels really cool to know we can do something like that on our own. It’s our first independent project started with just me, my band, at my house.”

Born and raised on the North Shore of Oahu, the multi-talented musician, singer songwriter has many talents including a career as a pro-surfer and model. But with his soulful vocals, and lyrical prowess Landon catapulted into the island reggae scene with his Billboard charting debut album “A Dollar Short & Minute Late” (2016). Since then he has created deep meaningful music that has won over the hearts and souls of critics and fans alike.

Landon McNamara’s “If You Only Knew” is out now with Controlled Substance Sound Labs / Silverback Music and is available everywhere you stream music! Save and download here: https://cssl.fanlink.to/IfYouOnlyKnew