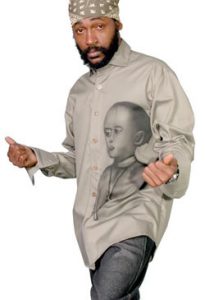 Malawi seems to be attracting a lot of Jamaican artists, the latest being Lutan Fyah, who is set to perform in the country next month.

The Jamaican artist, real name Anthony Martin, who is a musician, singer and member of the Rastafari movement Bobo Shanti, will perform in the country on December 14 at Robin’s Park in Blantyre and then Civo Stadium in Lilongwe two days later.

The reggae artist will perform in the country courtesy of African Link with Flames.

A member of the organising team, Elijah Phekani, confirmed Tuesday of Fyah’s performance in the country.

“I can confirm 101 percent that Lutan Fyah is coming and everything is in its place,”Phekani said.

He said they are currently working on the lineup to support the Jamaican reggae artist.

Lutan Fyah will be performing in the country barely a month after people were treated to a more than three hour non-stop act by another Jamaican artist Kenyatta Hill during the 2018 Sand Music Festival held in Salima.

Team Entertainers’ Tonderai Banda said Tuesday they are working with Phekani and team and that they will be providing the stage.

According to available information, using the stage name Lutan Fyah, sometimes credited as Lute and Fyah, the artist started his musical career in 1999.

He recorded his first songs for Buju Banton’s Gargamel Records and and his first two albums were released by Lustre Kings and Minor 7 Flat 5, the latter included Fyah as guest artist on albums by Turbulence and Luciano.

Fyah also released several singles on various labels from Jamaica, United States and the United Kingdom and has covered Dr Dre songs and The Fugees.

The Jamaican artist has appeared on many compilation albums and featured in many other artists song releases.

Big Laugh Music Teams Up with Vershon for “Outside” Track

ABOUT US
#1 source of latest reggae and dancehall promo hits
Contact us: [email protected]
FOLLOW US
© ReggaeFresh 2020