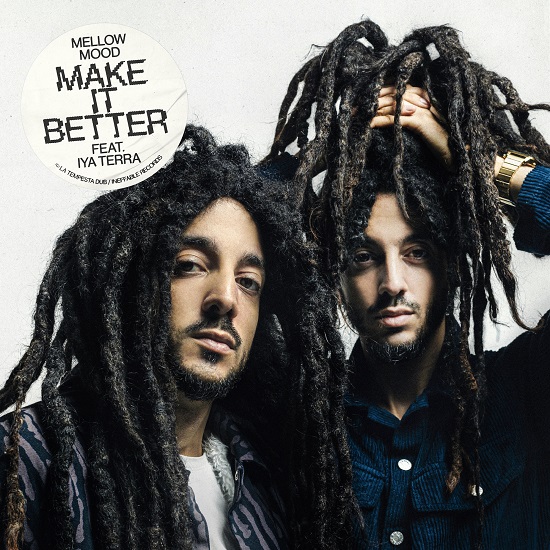 Mellow Mood present their new single Make It Better, featuring Californian band Iya Terra. This is the third and final summer preview of what will be their new album, due in August 2022.

Just weeks after the release of My Bed, the dancehall collaboration with Jamaican superstar Konshens, the Garzia twins’ voices join those of Nathan Aurora and Nick Sefakis, of Iya Terra, for Make It Better. It’s a dreamy and evocative roots ballad that remains extremely focused on the present.

The single is a direct plea for us to improve the global situation in which we find ourselves. The solution is to detach ourselves from the materialism that cages us and the hypnotic pull of social media, and be more closely connected with spirituality and nature.

In the words of Jacopo Garzia, “Make It Better is an exhortation to work, internally first of all, in these difficult times, trusting in Life. The song was born slowly, it took a while to find the right rhythm and words, but once the direction to follow was clear to me, we recorded and produced it in record time. We had seen Iya Terra at Cali Roots in 2017 and were struck by their live vocals and energy. We thought they were the right band to collaborate on a very chill riddim, with a slightly Cali vibe”.

Make It Better is recorded, mixed and produced by Paolo Baldini DubFiles and available on all digital platforms.