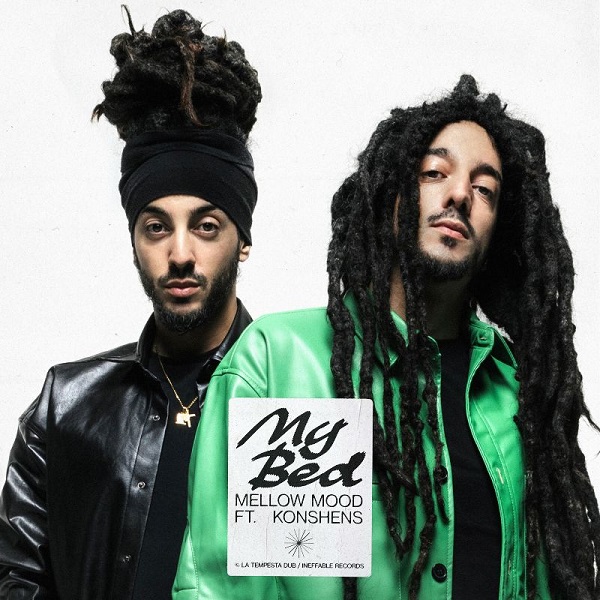 Mellow Mood team up with Jamaican star Konshens for their latest single My Bed. Four years after 2018’s String Up A Sound, the single taken from their album Large, the Italian band steps into typically dancehall sound territories once more.

My Bed was recorded, mixed and produced by Paolo Baldini DubFiles. Electronic sounds, predominant synthesisers and the alternation of two rhythmically complementary grooves create the perfect fabric on which to embroider the end of a tormented relationship, with a person who turns out to be very different than initially hoped. There is only one solution: turn the page and move on, leaving no room for negativity.

The song, published by La Tempesta Dub and Ineffable Records, is available on all digital platforms. The video, with lyrics, was made by Cromo. My Bed is the fifth single in anticipation of the new Mellow Mood album, scheduled for release in August 2022.