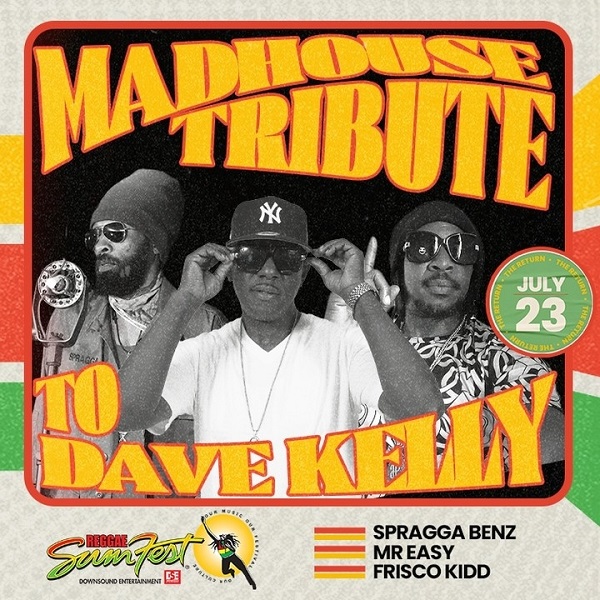 Contributing to the vibrant musical landscape of Reggae and Dancehall music and culture for more than 30 years is none other than Mr Easy. The esteemed singer and songwriter is literally wowing global listening audiences with several red-hot songs as you read this. It’s clear that summer is sizzlin’ for the “Drive Me Crazy” crooner, whose current bangers and highly anticipated Reggae Sumfest performance formally solidify his position in a post-pandemic industry.

Just as “Praise Him” (Stingray Records) secures its rightful position on international playlists, broadcasts and mixes, tapping in to the entertainer’s spiritual side, “Ghetto Cry” (Pandemic Records) delivers a powerful message about mistreatment of the poor and underserved.

Now more than ever before, there’s a lot of musical energy and vibrations surrounding Mr Easy. His spring “420ish Festival” appearance in Virginia Beach, VA served as the ideal prelude to an exciting season of live entertainment, which includes shows in Boston, Atlanta and “The Greatest Show on Earth” Reggae Sumfest. There, the “Rain Again” singer will perform during the buzzy Mad House tribute to Dave Kelly, drawing from his amazing catalogue of classic dancehall staples. To date, the decorated artist has recorded at least six songs with the famed producer. Mr Easy will join acts like Bounty Killer, Beenie Man, Baby Cham, Frisco Kid, Spragga Benz, Spice and more for the eagerly awaited segment during International Night, Saturday, July 23

As if the entertainer’s musical servings couldn’t get more bountiful, the upbeat “Nah Nuh Style” (Sawfie Alliance) rises to the top of party anthems, while lighting up premiere boxing matches and racking up notoriety across diverse music audiences. The festive song is quickly becoming a fav in the Latin market.

The heartfelt “Wish You Were Here” (Love Star Music) single and video continue to dominate tributes to fallen loved ones, while the R&B flavored “Missing You,” a collabo with deejay, actor and producer Courtney Undah Privilege (“Arnold’s Caribbean Pizza”), is a catchy ode to missing that special someone.

Notably, there’s more great music in circulation. The up-tempo “Stoplight” with young rising star Current Boss is a dancehall gem! On any given night, the dancers and Current Boss take over the dancehall spaces with signature, animated moves. Last but not least, one can’t sleep on “Friends Fi Life” with De Alpha (DJ Jason/Romie Fame Records) — a bonafide tribute to lifelong friendships, which sustains its presence as a top tune of DJs, sounds and revelers alike.

When asked about his wide spectrum of great music, the famed singer says, “I make music from the heart that’s timely and relevant. My goal is to always create music, which people want to hear.”

Music is not the only mission of the acclaimed Mr Easy, as philanthropy also has a special place in his heart. Mr Easy’s annual back to school charity event is scheduled for August 7th in Stewart Town, Trelawny. He and his team will be giving out an array of much needed supplies to students in the neighborhood for the upcoming school term. The event will be chock-full of live performances with popular sound-system Bass Odyssey handling the juggling.