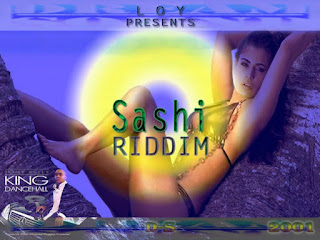 During the late 90’s / early 2000’s Tony ‘CD’ Kelly had released a fair amount of Dancehall riddims that I rate. The “Buy Out”, “Unda Wata” and “Bookshelf” riddims, which he produced, happen to be among my top 10 “oldies” personal favorites. “Sashi Riddim” is not my favorite from Tony ‘CD’ Kelly but it features a couple of hot tracks.

To some of you, the name “Sashi Riddim” might not ring a bell. But if I say “from them a par in a chi chi man bar”, avid fans of Dancehall music, y’all know what I’m talking about. The most popular track on this riddim is “Chi Chi Man” by T.O.K. This song is an anthem. The topic might not be politically correct today. But let’s be real for one second. Who can really resist and not sing along the hook?