Shawn Ice Brings the Heat with ‘The Flexx’ 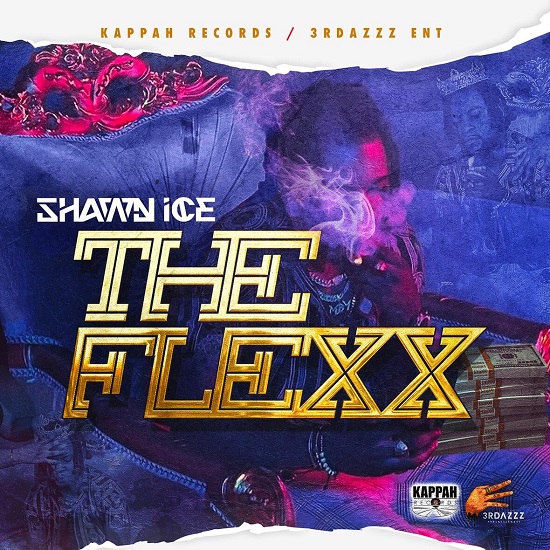 Rising to the top of an impressive set of creatives contributing to the Dancehall space is Shawn Ice! The St. Mary, Jamaica native, who never disappoints with his distinctive pitched voice, catchy word play and notable fashion style, has dropped a sizzler, destined to heat up the musical palates of music lovers way beyond summer. “The uber talent’s new single and video “The Flexx” are fans’ cure for quality Dancehall cravings.

It’s truly time to FLEXX with Shawn Ice. The brazen “Dancehall Prince” sets the record straight with his fiery new single and video “The Flexx,” offering listeners lyrical bravado and unearthed musical confidence. Doubling as a songwriter and head of 3dazz Entertainment, Shawn Ice teamed up with producer Kappah Records for the explosive effort. A follow-up to the well-received “Sad Reality” — “The Flexx” is hard body, showcasing Shawn Ice’s artistic diversity.

Already buzzin’ across digital platforms, Shawn Ice declares that “The Flexx” will permeate music spaces for years to come. An early indication of the talent’s prophecy was the roaring response of a packed crowd to “The Flexx” video unveiling in the DMV. Fans, influencers, creatives, DJs and media who attended the release party went wild over “The Flexx.” To add to the swank and already well curated event, produced by 3rdazz Entertainment, Shawn Ice performed “The Flexx” live with Ras Slick and the Dutty Bus Crew band (also special guest performers). When asked to expand on the song’s meaning, Shawn Ice says confidently, “The song represents the ‘FLEXability of my sound, flow and image. However, I remind all that ‘Nothing Nuh Change A Mi Same One’ on the hook.”

Technically, all of Shawn Ice’s music qualifies as bangers. “But, it’s the underground sound with a mass appeal of ‘The Flexx,’ which makes it a stand out track,” the talent says. “This song make people move as soon as it drops. Its a fusion of 90s and 00s sounds.”

“The Flexx” joins Shawn Ice’s growing music catalogue. As the new song is currently making its mark, “Billion$$$” can be heard across traditional and online radio stations, in the dancehalls and social media. Meanwhile, “Sad Reality” is a female fan fav and a song heavily supported by selectors and sound systems. Music is life for Shawn Ice who deems that there’s plenty of love and space for all of his releases.