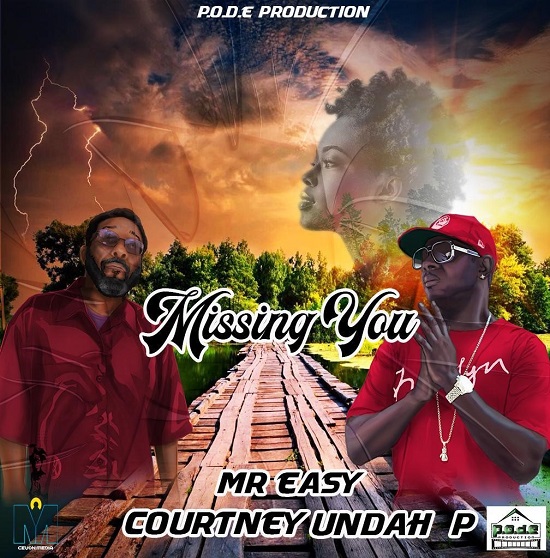 A new song from entertainment industry triple threat Courtney Undah Privilege has made its way into music spaces! This time around, the creative’s production skills and artistry thrive on the new song “Missing You,” a collabo with Mr. Easy, which is out now across digital and streaming platforms.

Friends and industry peers for years, the two acts joined forces for the heartfelt tune, which was written by Mr. Easy and produced by Courtney via his Podeville Production company. While Courtney dropped in his well orchestrated and uniquely deejayed verses on “Missing You,” Mr. Easy donned the song’s infectious hook with nicely curated vocals, very much delivered in an R&B style. Courtney describes the mid-tempo song as a whole vibe.

Mr. Easy, who has been penning his music for some time now does “Missing You” justice content-wise, drawing on the vibes of love and family. When asked what he hopes fans take away from the record and what makes it a stand out effort, Courtney Undah Privilege responded emphatically, “The oneness, love ….and inspiration.” Notably, Mr. Easy adds “Missing You” to his impressive ensemble of current hit songs like “Friends Fi Life,” “Wish You Were Here” and “Nah Nuh Style.”

Courtney Undah Privilege, who resides in California’s Bay Area, says the newly released “Missing You” is just the beginning of the 2022 pressure, as more music releases are en route to set spring and summer ablaze. The Podeville Production company was launched by Courtney a decade ago, although his love of music goes back to age 11 as a youth in Kingston 13, Jamaica. A wide array of artists have inspired Courtney Undah Privilege, including the likes of Errol Scorcher, Jonny Ringo, Flatty Ranks and the great John Steel.

Does the name Courtney Undah Privilege (Courtney Nevers) sound familiar? Not only is he the originator of the popular sample, “Six Million Ways to Die Choose One,” but also an accomplished actor. You can currently see Courtney in the sitcom “Arnold’s Caribbean Pizza” (produced by TV giants Bentley Kyle Evans and Trent Gumbs) and in quite the awesome repertoire of movies, including “Rude Boy: The Jamaican Don,” “Gangsta’s Paradise,” “Straight Out,” “Cop and a Bad Man” and more.